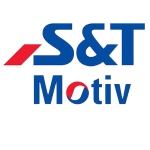 S&amp;T Motiv Co., Ltd (formerly S&amp;T Daewoo and previously Daewoo Precision Industries) is a South Korean firearms and auto parts manufacturer founded in 1981. Its firearms equip most frontline units of the Republic of Korea Armed Forces. Daewoo Precision Industries Co., Ltd was established in December 1981 as a wholly owned subsidiary of Daewoo to manufacture small arms. In 1986 the company diversified into auto parts manufacture. In December 1992 the company was listed on the Korean stock exchange. Following the collapse of Daewoo the company was spun off in February 2002 and relisted on the Korean stock market in March 2002. The majority of its shares were purchased by S&amp;T Holdings in June 2006 and it was renamed S&amp;T Daewoo Co., Ltd in September 2006. In March 2012 the company was renamed S&amp;T Motiv Co. Ltd.