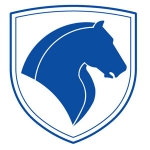 Iran Khodro Industrial Group, also known asIKCO, is an Iranian vehicle manufacturer, with headquarters inTehran.The company's original name was "Iran National" and founded in 1962. IKCO manufactures vehicles includingSamand,PeugeotandRenaultcars, and trucks, minibuses and buses..The company has become the largest vehicle manufacturer in the Middle East, Central Asia and North Africa. In Iran, it is the largest vehicle manufacturing company, having an average share of 65 percent of domestic vehicle production.For more than three decades, Iran Khodro produced the Paykan, a car developed from the Rootes Group's Rootes Arrow range, best known as the Hillman Hunter. Paykan saloon car production was discontinued in 2005, almost thirty years after the end of Arrow production (latterly as the Chrysler Hunter) in Britain. A pick-up version is still in production. Bardo Pick-up, pick-up version of Paykan, will be replaced by a new pick-up from Samand family.Iranian-designed IKCO Samand, replaces the dated Paykan as Iran's "national car", and features a part-Iranian designed CNG/petrol dual-fuel engine in its Soren variant.The firm has a long-term relationship with European and Asian manufacturers including PSA Peugeot Citroën, manufacturing and assembling a number of models under license from these firms. On the other hand, Renault Pars is in charge of the engineering, quality control, parts supply, logistics, managing sales policies as well as marketing and customer services for Renault products in Iran and IKCO is one of its main shareholders that produces Tondar for the domestic market. IKCO has 12 production site around the globe, 6 sites in within borders of Iran and 6 other in IKCO's main export markets. In its five-year (2012–17) future growth prospective, IKCO envisions an annual manufacturing capacity of three million units, with exports of a million units per year.